Not only is Little Rock the capital city of Arkansas, but it’s also the heart of the state both geographically and culturally. It is where southern charm and natural charisma collide, and the city’s fast growing economy and easy pace of life have made it a great place to call home. If you’re planning to make the move to Little Rock, here are 20 things you need to know before moving to the city.

The city was awarded bronze status as a bicycle friendly community back in 2016 by the League of American Bicyclists. Since earning the award, more bikers and bike shops have opened in the city, including Allied Cycle Works, the highest rated U.S. company producing 100 percent American-made carbon bicycles.

We joke that you can pick your friends based on where they buy their tacos; only it’s not a joke. You’ll be in good company if you get your taco fix at Local Lime, Heights Taco and Tamale, The Fold: Botanas & Bar, or Taqueria el Palenque.

Although the Arkansas Travelers were the first professional sports franchise named after a state, only rookies would be caught calling this Minor League baseball team by their full name. Around here, they’re the Travs.

We’re nuts for pecans (pronounced pee-kahn) in Little Rock, tossing them on top of salads, waffles, and even cocktails. The Capital Hotel makes the best spiced pecans in the country—no really, they have the award to prove it—and they sell them by the pound behind the bar.

Even though the Arkansas Razorbacks are not from Little Rock, the beloved University of Arkansas football team has a die-hard fan base in Little Rock. You’re likely to hear a “woo pig soooie” to kick off every local event, so just go with the flow and remember to put your arms down as you shout “pig” and raise them high in a fist when you yell “sooie!”

6. Nine is a significant number.

It’s the number of African American students that enrolled in the all white Central High School after the 1954 Brown vs. Board of Education ruling that made segregation illegal. The Little Rock Nine went on to make history, and even inspired Paul McCartney to write “Blackbird.”

Our craft breweries don’t just sell beer; they do it with class. Try out a beer yoga class at Rebel Kettle or Blue Canoe Brewing Co, or learn some cribbage skills every second Tuesday at Stone’s Throw Brewing.

Named after its location on top of the Murray Lock and Dam, the Big Dam Bridge is the longest pedestrian and bicycle bridge in the world at 4,226 feet.

Little Rock has been rated one of the cleanest cities in America numerous times in numerous publications, and nonprofits like Keep Little Rock Beautiful do a lot to maintain the city’s clean standard of living.

Little Rock is home to hundreds of miles of trails that range from urban hikes in the city streets to strenuous hikes up Pinnacle Mountain. Other favorite trails include the Arkansas River Trail and Two Rivers Trail.

11. The Clintons are royalty.

Neither Bill or Hillary are actually from Little Rock—although they lived in the city for 16 years during Bill’s term as Arkansas’s Governor—but the city has laid claim to this power couple by naming everything from the airport to the library after them.

12. Trolleys are for tourists.

The yellow trolley replicas that run downtown actually function as public transportation, but you’ll rarely find locals onboard as most apartments and houses are not within walking distance of the trolley stops.

We put sweetener in our tea, pralines on our cinnamon rolls, and even crowned the confusingly named but decadently sweet “possum pie” as one of the most beloved foods in the city. For the ultimate Little Rock sweet treat, grab a scoop of hand-crafted ice cream at Loblolly Creamery.

14. We’re getting younger by the day.

Little Rock Air Force Base is located just outside the city limits, and the proximity of the air base has attracted a number of aviation companies. Knowing the difference between a C-130J and a KC-10 will get you far at backyard BBQ conversations.

RiverFest has been a tradition in Little Rock for more than 40 years, so when the festival was cancelled due to lack of funding last year the city was devastated. Generous donations from Oaklawn Gaming and many others brought the festival back to life, where it will be held every year during Memorial Day weekend.

Little Rock is home to nearly 200 nonprofit organizations, including Heifer International, a nonprofit that is working to end world hunger and poverty around the planet from its headquarters in downtown Little Rock.

On April 9, 1722, Frenchman Jean-Baptiste Bénard de la Harpe led his exploration party up the Arkansas River, noting a small outcropping of rocks along the banks. To distinguish the section of the river from the larger cliffs across the river, the area became known as “la petite roche” or “the little rock.” The name stuck, although it was changed to the English translation officially in 1818.

Little Rock is home to the Oxford American, a highly respected quarterly American literary magazine based out of the SOMA district of the city. The magazine sponsors numerous events throughout the year, including an annual literary festival, bringing in world-class authors to speak and lead workshops around town.

Kickball is not just a sport in Little Rock; it’s a way of life. The city is home to one of the largest kickball leagues in the nation with 77 teams spread throughout four leagues. The end of year party is worth it alone to join the roster of the Little Rock Kickball Association. 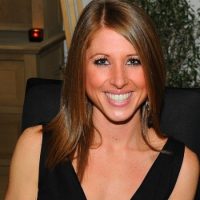 Kristy Alpert is a freelance travel and lifestyle journalist on the hunt for the obscure and untold stories around the world. Kristy recently moved to Little Rock, where she’s now plotting her way on to a team with the Little Rock Kickball Association. See her bylines in Food & Wine, Esquire, Men’s Health, AFAR, Fodors, American Way, World Bride, Premier Traveler, and more.
WEBSITE        INSTAGRAM