These hotels hold the key to one-of-a-kind local activities all over the world.

Forget pillow menus and minibars, these hotels are offering something a bit more transformative. At one point the mission for hotels was to keep guests inside their rooms, but these unique experiences are only offered at hotels around the world and are designed to do just the opposite. From private horse polo lessons at a hotel in Uruguay to a one-on-one lunch of chanko nabe with a sumo wrestler inside a training stable in Japan, it may take booking a hotel room to experience these unreal activities. 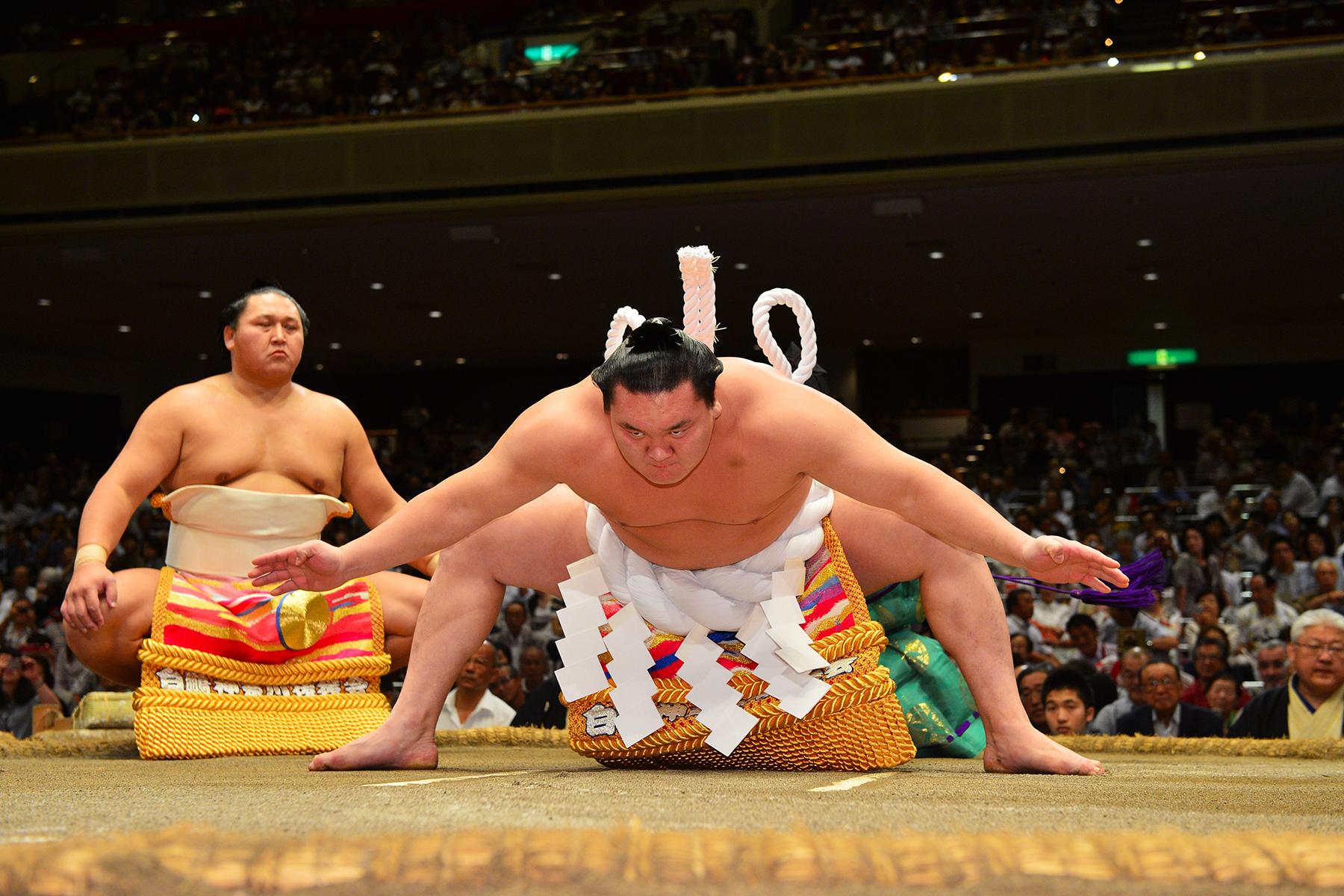 Feast with Sumo Wrestlers at the Palace Hotel Tokyo

The Palace Hotel Tokyo is a heavyweight in the luxury hotel scene of Tokyo, where its prime location next to the Imperial Palace gardens offers stunning views from its 290 luxury guestrooms. But arguably, the best perspective at the hotel is reserved for guests booking the “Grappling Tokyo” package, a.k.a. the “sumo wrestler package.” The package goes behind-the-scenes of sumo wrestling and, during the off-season (two weeks leading up to each of the January, May, and September seasons), guests are able to tour the sumo wrestling training stables with a sumo sports writer and announcer, and then sit down with the athletes themselves for a hearty lunch of chanko nabe, the hearty stew the wrestlers cook and eat daily to prepare for their time in the ring. 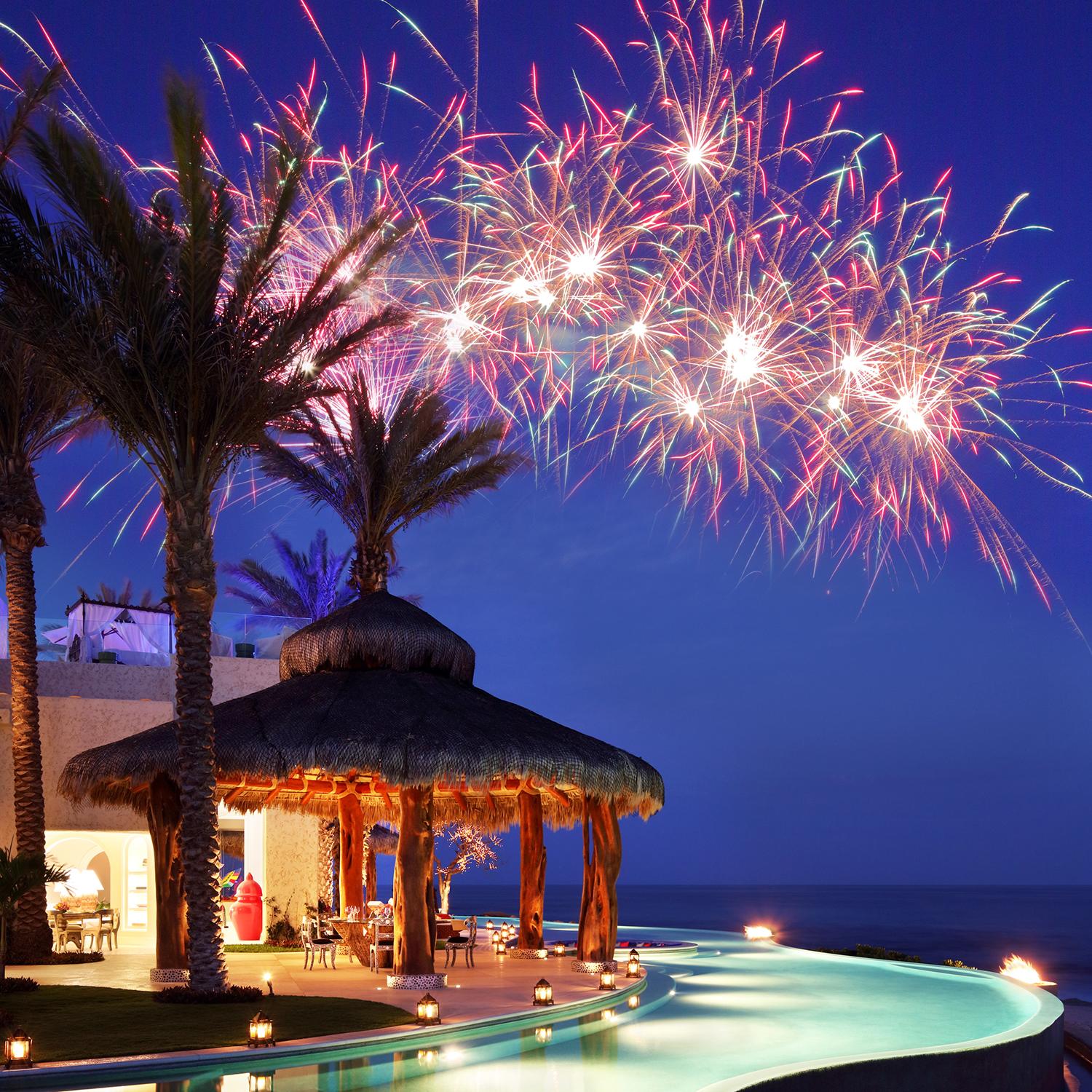 Create Your Own Fireworks Show at the Las Ventanas al Paraiso

Ordering well is easy at the Las Ventanas al Paraiso, where the resort’s signature romance menu lists everything from white stallions to private beachfront movie screenings. The showstopper on the resort’s menu is the Create Your Own Fireworks Show, where guests work directly with the Cabo Fireworks Company to craft their own customized displays with a range of pyrotechnic effects, colors, effects, timing, and even music. After the arrangements have been made, it’s up to the guests where and when they want to view their show as they are given a specially-designed iPad that will launch the show at the click of a button. 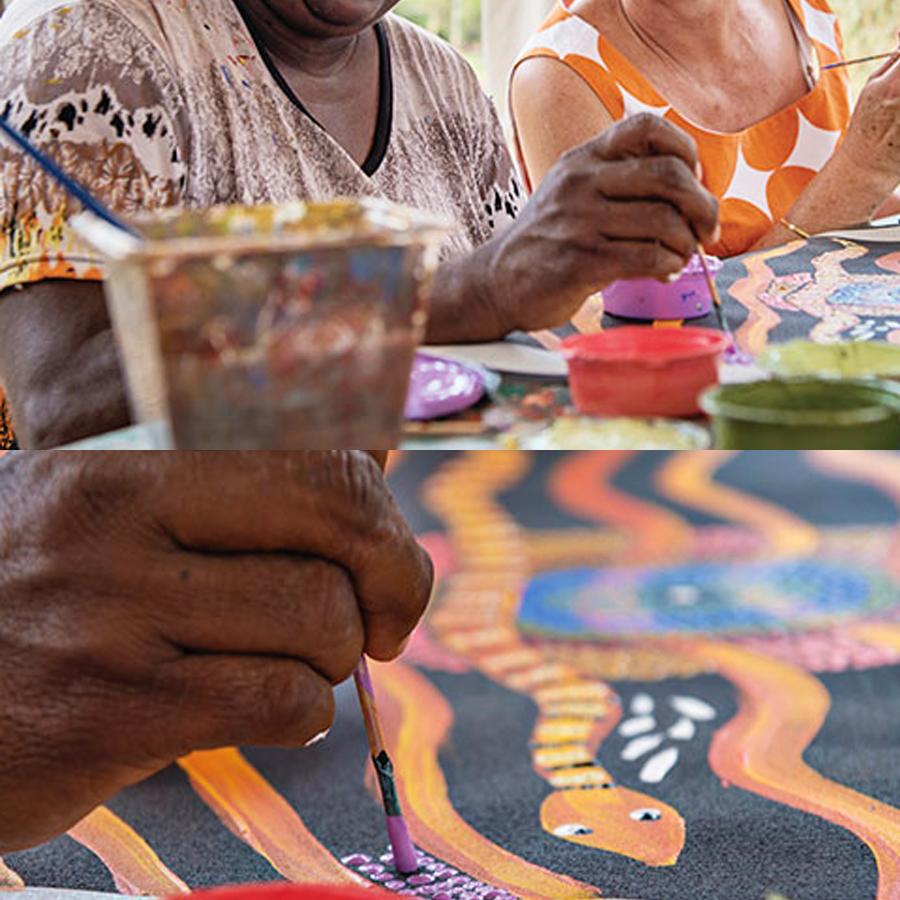 Paint With Aboriginal Artists at the Ayers Rock Resort

Long before the mammoth red rock formation became a National Park, and even longer before it was designated a UNESCO World Heritage Site, the land encompassing Uluru was the home of the Anangu people. The aboriginal descendants are still charged with the protection and preservation of the land and have begun offering immersive experiences that give visitors a look into their local customs and culture. The Ayers Rock Resort holds a daily dot painting workshop where guests sit down with a local Anangu elder and an interpreter to learn about the history of the craft and then work side-by-side with an Anangu artist to create their own aboriginal dot painting. 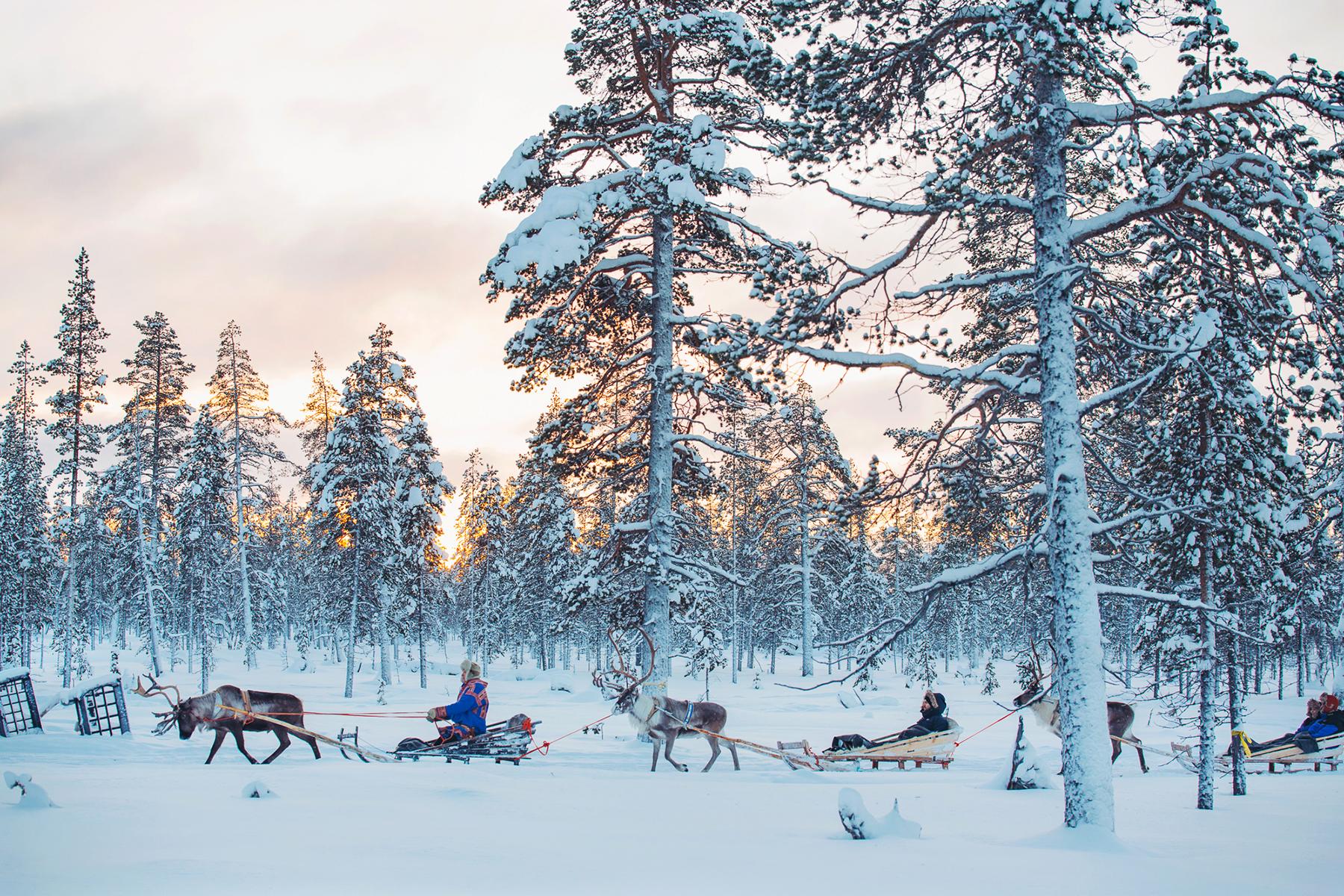 Ride with Reindeer at the Kakslauttanen Arctic Resort

The glass igloos of the Kakslauttanen Arctic Resort made this northern retreat an instant Instagram celebrity, where hotel guests can gaze up at the Northern Lights from the comfort of heated glass igloos set deep into the snow. The resort is also home to a range of indigenous-led experiences, like the reindeer safari led by a local reindeer herder. Guests load up into a homemade sled and head out to forge their own paths in the snow-packed forest of Finland’s Lapland region with a local Sami and his reindeer leading the way. All day excursions include an outdoor lunch prepared by their Sami guide. 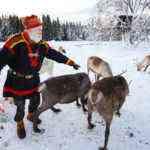 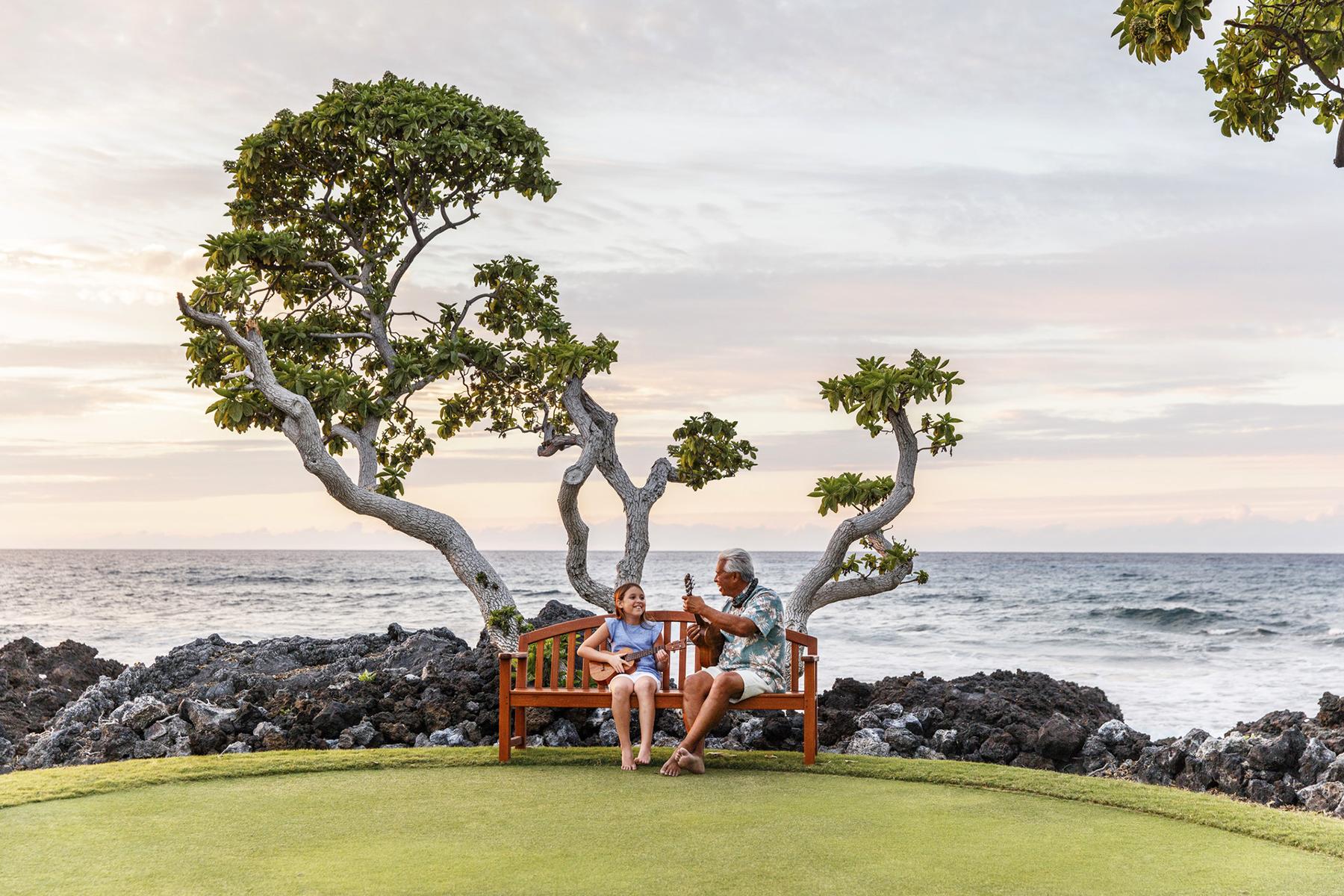 The Ka’upulehu Cultural Center at the Four Seasons Resort Hualalai aims to share the spirit of aloha with guests through interactive programs and classes that delve deeper into the rich culture of the islands and its original inhabitants. Classes are taught by Kupuna (Hawaiian elders), and range from Hawaiian language lessons to Kahiko (ancient) or ‘Auana (modern) hula lessons. Don’t miss the ukulele lessons with “Uncle” Earl Kamakaonaona Regidor, one of the founding team members at the resort. 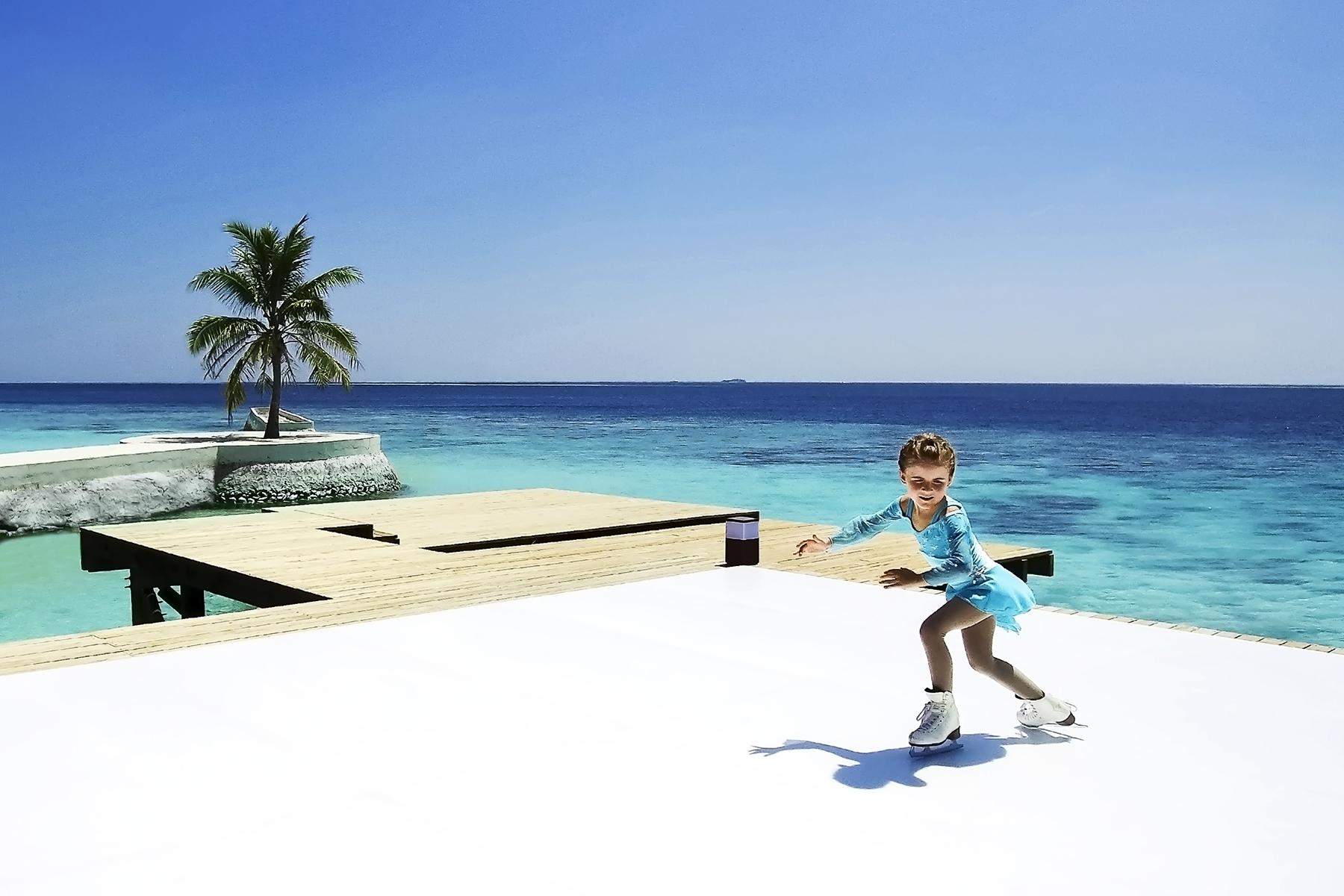 Ice Skate on an Island at the Jumeirah Vittaveli

Not only is the ice rink at the Jumeirah Vittaveli the first of its kind in the Maldives, but it’s the first sustainable synthetic ice rink in the Maldives that operates at a zero-energy level. The rink was christened by Olympic Gold medalist Evgeni Plushenko in March of 2018, and is now open to all guests for ice skating, ice hockey games, and private parties. An initial package of $75 comes with two hours of skating and includes all rentals, a post-skating ice cream sundae, and a few “super cool” souvenirs. 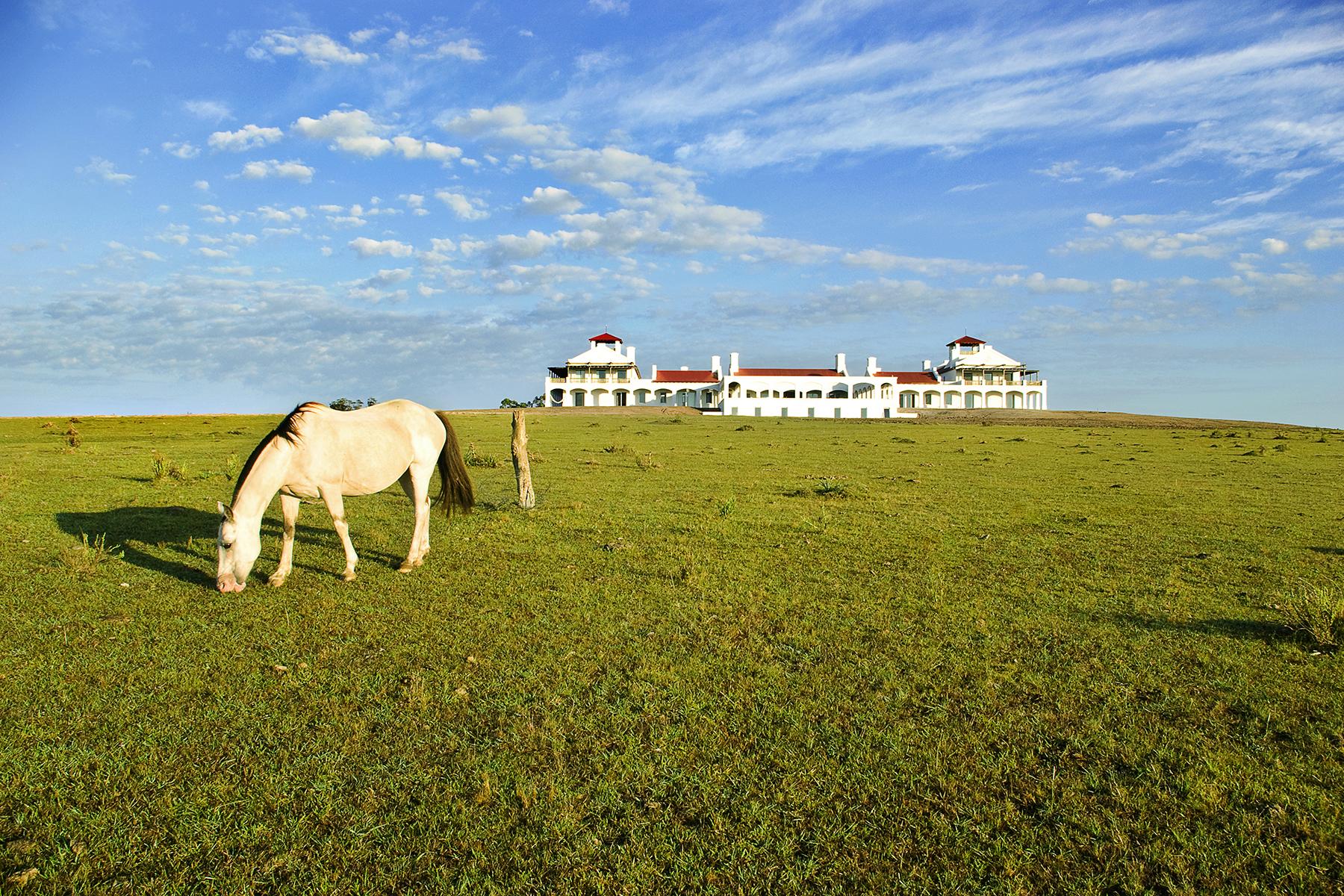 Horse polo has risen in popularity in the Southern Hemisphere over the past decade, especially in Uruguay where the most sought-after playing field lays. The field can be found at the ultra-luxe private retreat Estancia Vik Jose Ignacio, where it looks out across the lagoon and on towards the Atlantic Ocean. Guests have exclusive access to private polo lessons and daily clinics that range from beginner to intermediate levels. Upon departure, each guest receives a signature Vik polo mallet from the resort. 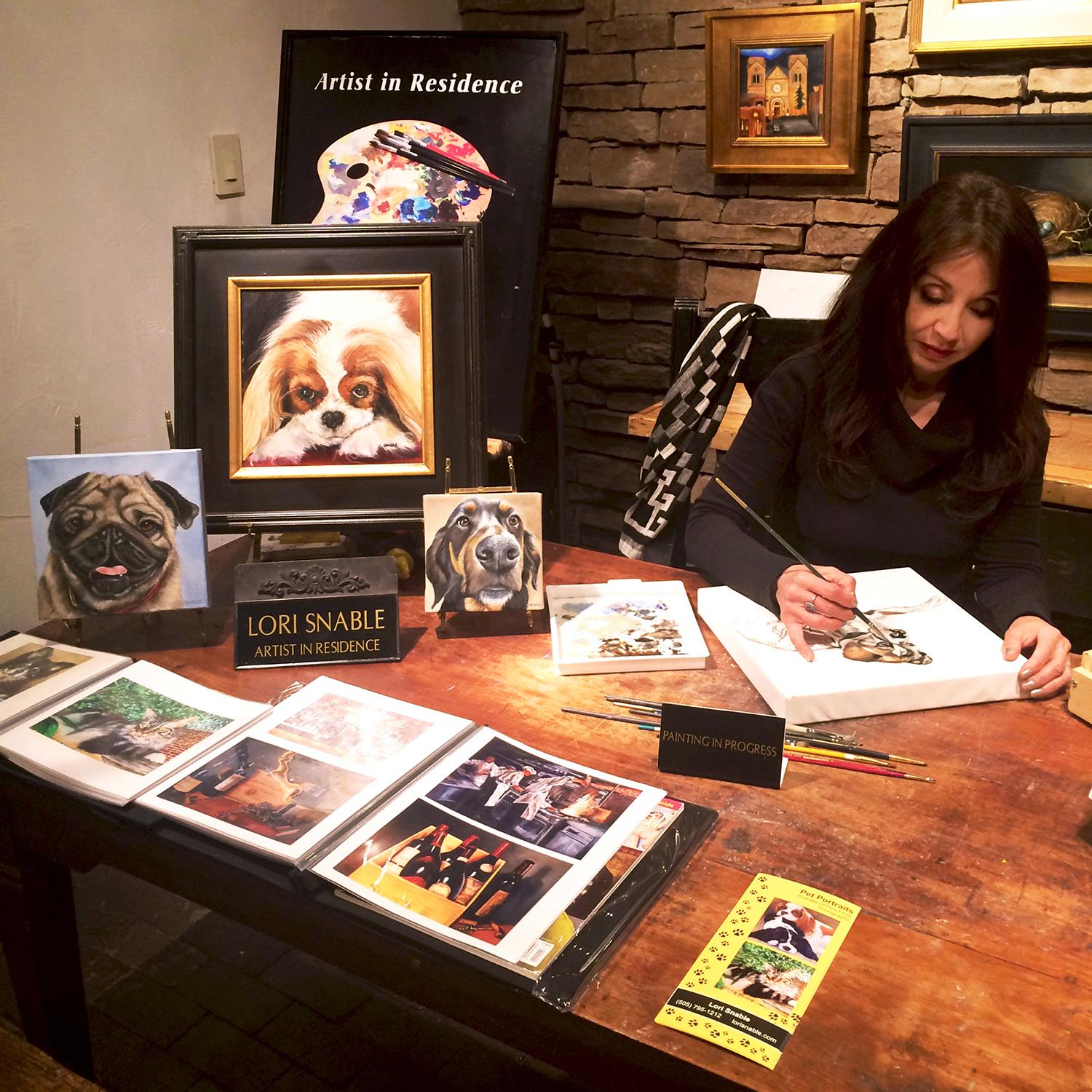 Paint, Tour, and Engage with Artists at The Inn and Spa at Loretto

Navigating Santa Fe’s more than 300 art galleries, 13 museums, and countless artist’s studios could take years, but with The Inn and Spa at Loretto’s Art & Soul of Santa Fe program, guests can get a curated look into the city’s vibrant art scene. Along with private tours of the galleries, the hotel offers a series of workshops and bespoke experiences onsite with the artists participating in their Artist in Residence program, from perfecting pastels with Lori Snable to exclusive pop-up galleries from emerging artists enrolled at the Institute of American Indian Art (IAIA). 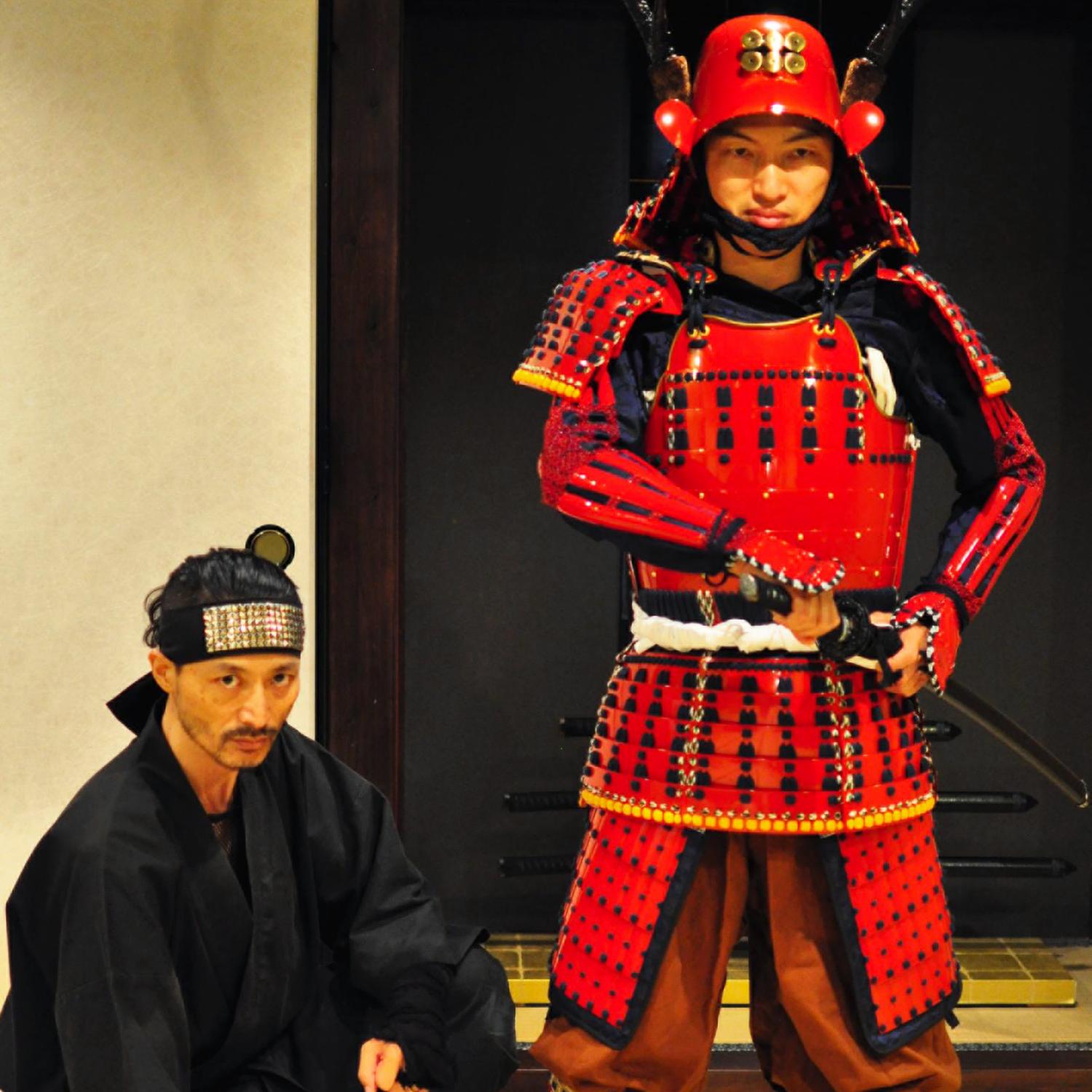 Become a Ninja Master at The Four Seasons Hotel Kyoto

It’s hard to pick just one unique activity to experience while staying at the Four Seasons Hotel Kyoto. The hotel’s ever-growing list of truly unique offerings includes private Zen meditation sessions with the head monk of Shoden-Eigen-in, Kiyomizu-yaki pottery classes with a local artisan, and chibi-maru lantern making sessions with a tenth generation Kojima master. If you do have to pick just one, don’t miss out on the hotel’s ninja experience where you’ll learn breathing and meditation techniques before learning to master your weapon of choice: ninja swords, Shuriken stars, or Fukiya blow darts. 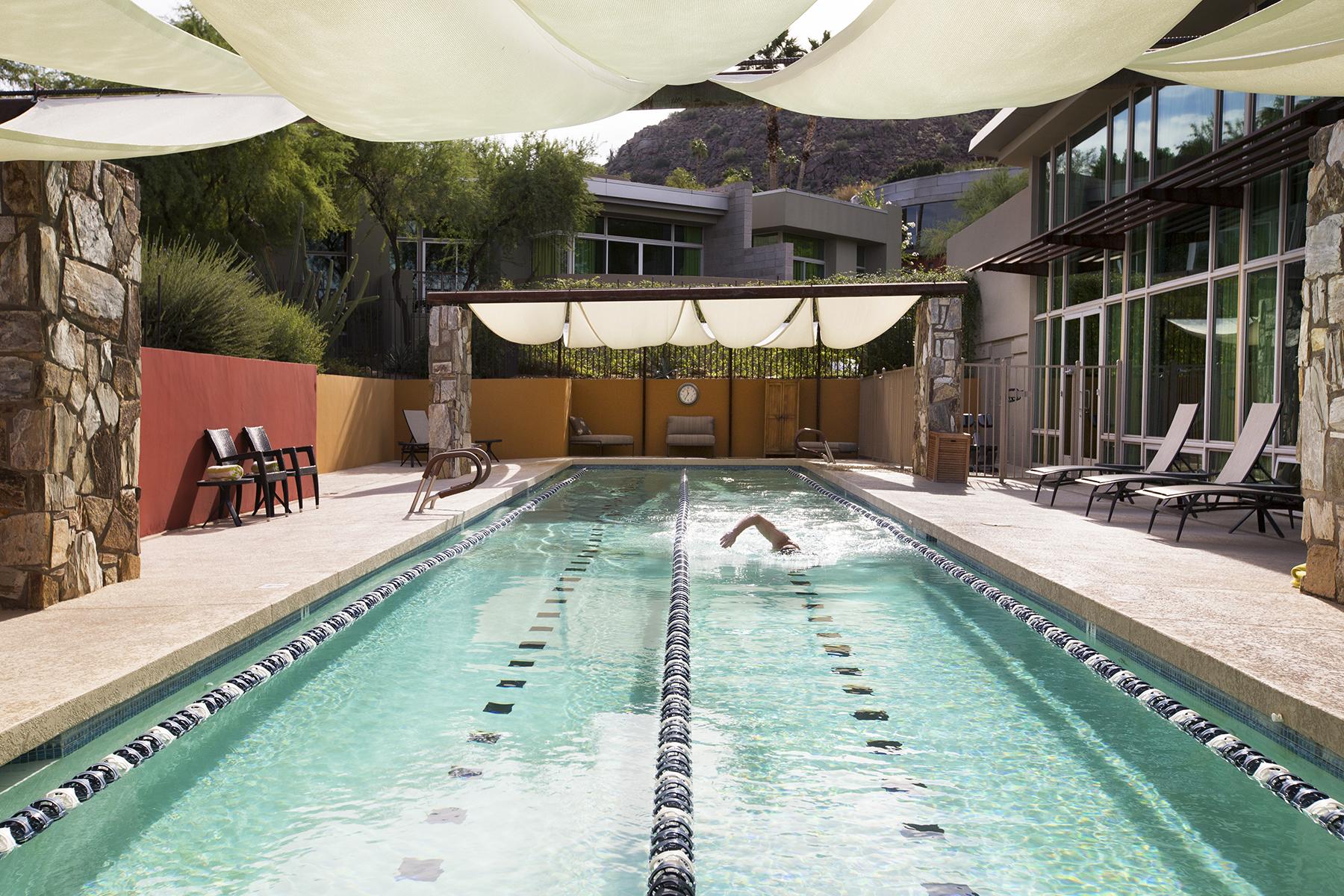 In a city best known for its arid climate, it comes as no surprise that the top experiences at Sanctuary on Camelback Mountain Resort and Spa are both underwater. Available in packages of one, five, or ten classes, swimmers looking to improve their stroke technique can book private lessons with Olympic gold medalist Misty Hyman in the resort’s lap pool. Lessons range from fitness oriented sessions to triathlon training sessions. For an entirely different sort of immersion at the resort, book an aquatic massage at the spa’s heated Watsu pool for a relaxing underwater spa experience with a licensed Watsu therapist, swimsuit required. 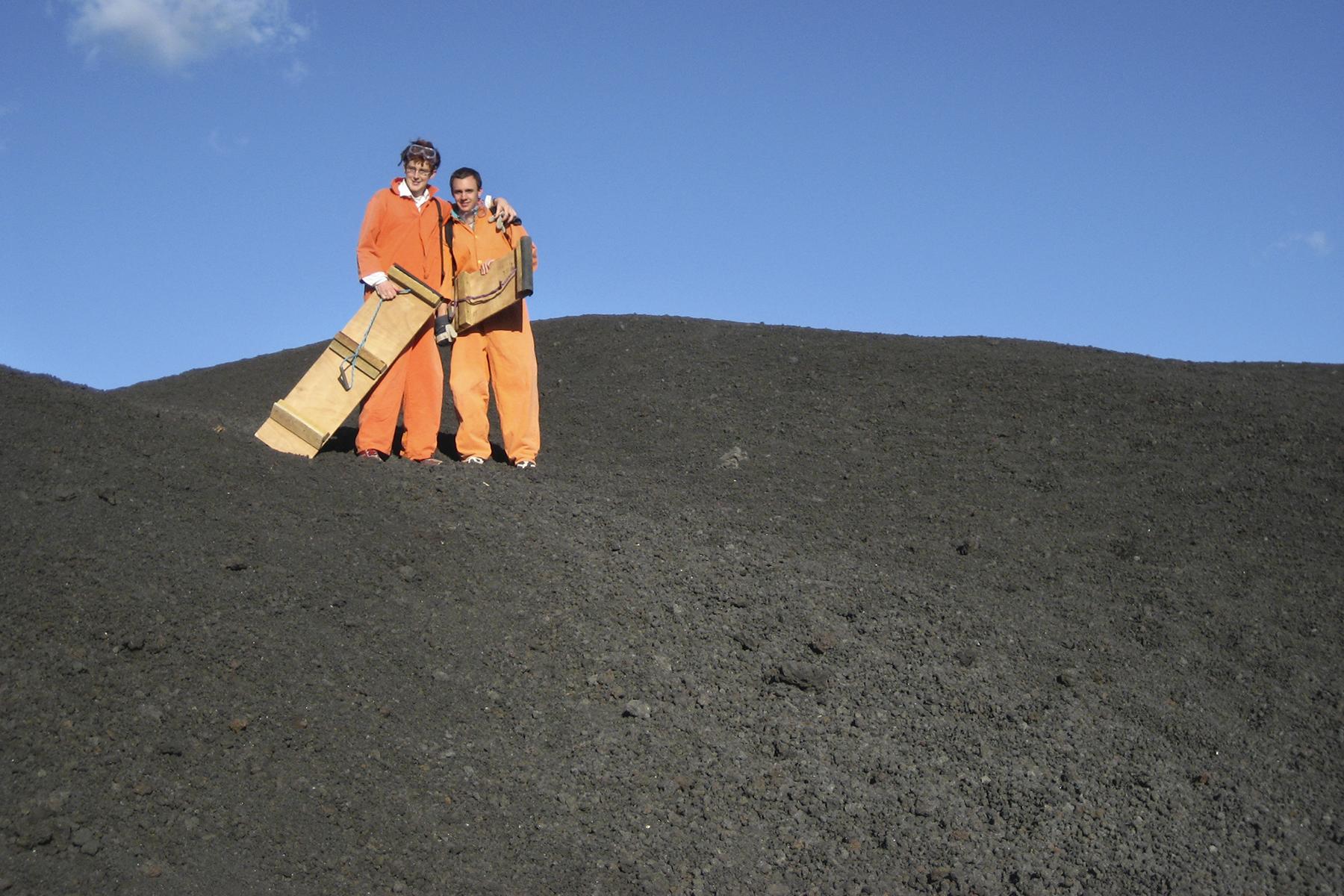 Ash Board Down a Volcano at Mukul, an Auberge Resorts Collection

Where most hotels may shy away from offering extreme sports as regular packages for their guests, Mukul, an Auberge Resorts Collection, adds an extra layer of awesome to their most extreme offering: ash boarding down a volcano. The hotel’s proximity to the Cerro Negro Volcano makes it the ideal base camp for venturing out for a high-octane ash boarding adventure down the volcano. Guests of Mukul leave the resort by helicopter for the ultimate entrance to the sight before getting geared up with a brief training session followed by a seriously thrilling descent down a massive pile of ash. 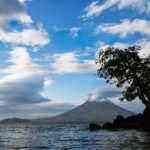 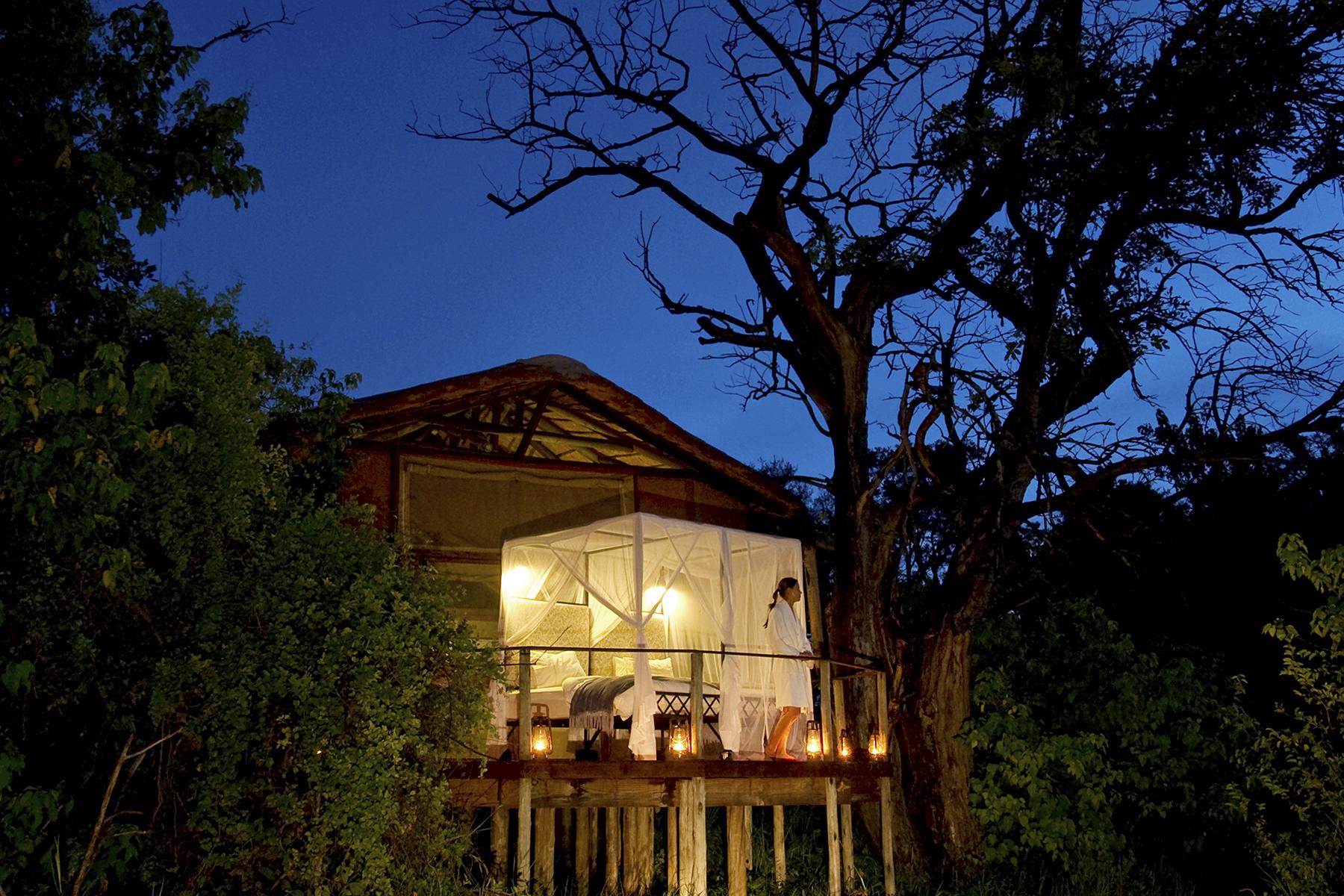 Sleep Outside on Safari at Sanctuary Baines’ Camp

The Moremi Game Reserve in Botswana’s Okavango Delta is home to the Big Five (African elephants, black rhinoceroses, African buffalos, lions, and African leopards), along with a slew of other potentially deadly mammals spread throughout this densely populated wildlife reserve. Along with private game drives with local guides, the Sanctuary Baines’ Camp retreat offers guests the truly once-in-a-lifetime experience of sleeping outdoors on a private patio. Although each of the five suites is raised up from the delta floor, the only thing separating guests from the night air is a thin, white mosquito netting draped around a four-poster bed that the staff rolls out from the bedroom and onto the patio for brave guests. Guests are armed only with pocket-sized air horns and walkies talkies, but the experience is worth every sleepless second. 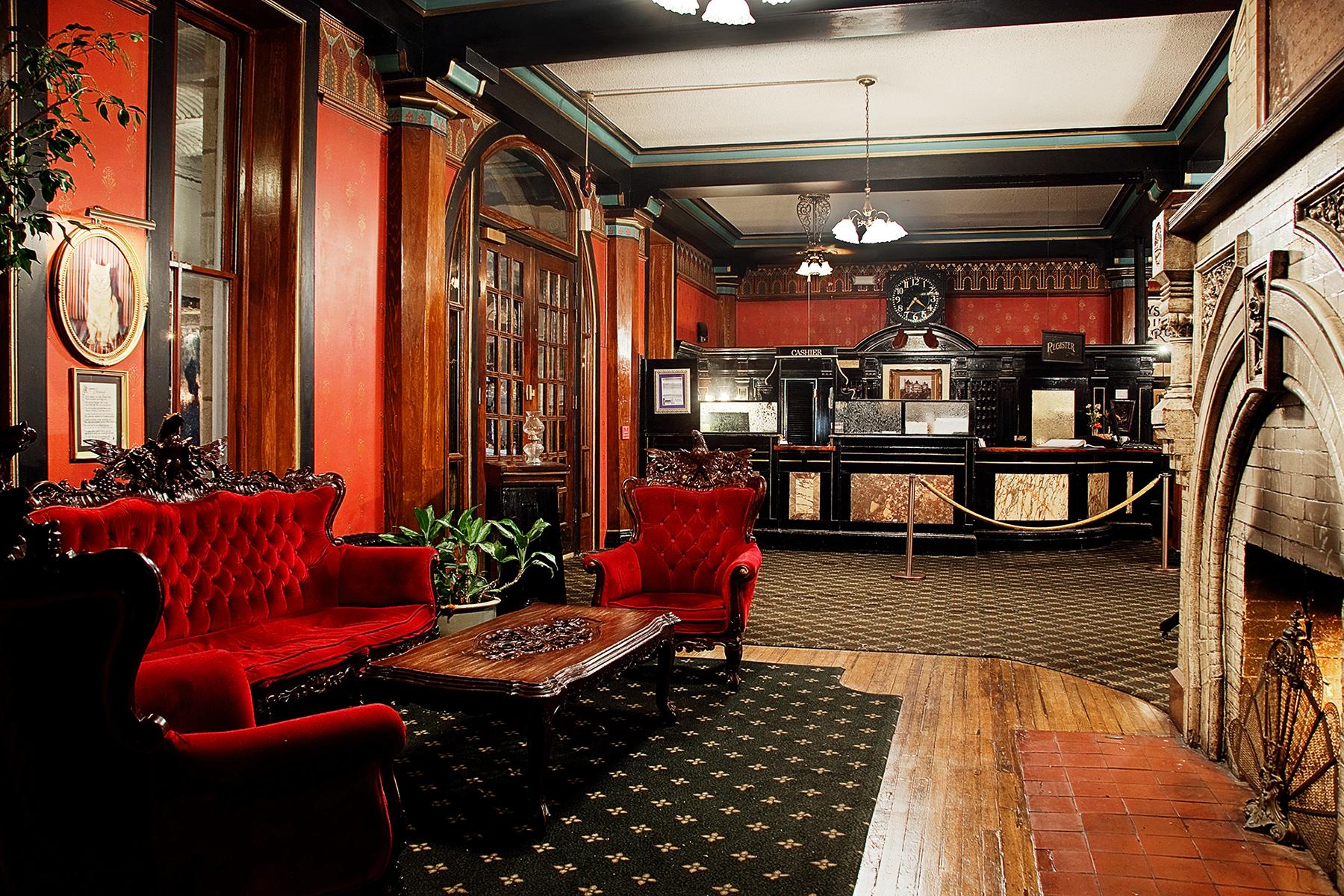 Bizarre doesn’t begin to describe the inexplicable goings-on inside this Arkansas hotel. Located far off the beaten path, just above the petite Victorian town of Eureka Springs, the 1886 Crescent Hotel and Spa has been rated the most haunted hotel in America on numerous occasions. Book the Ghost and Spa Package for two tickets to the late night ghost tour and one night’s accommodations in one of the spookiest suites at this haunted hotel. Plan to spend the next morning at the spa, relaxing and detoxing after a night of paranormal proximity. 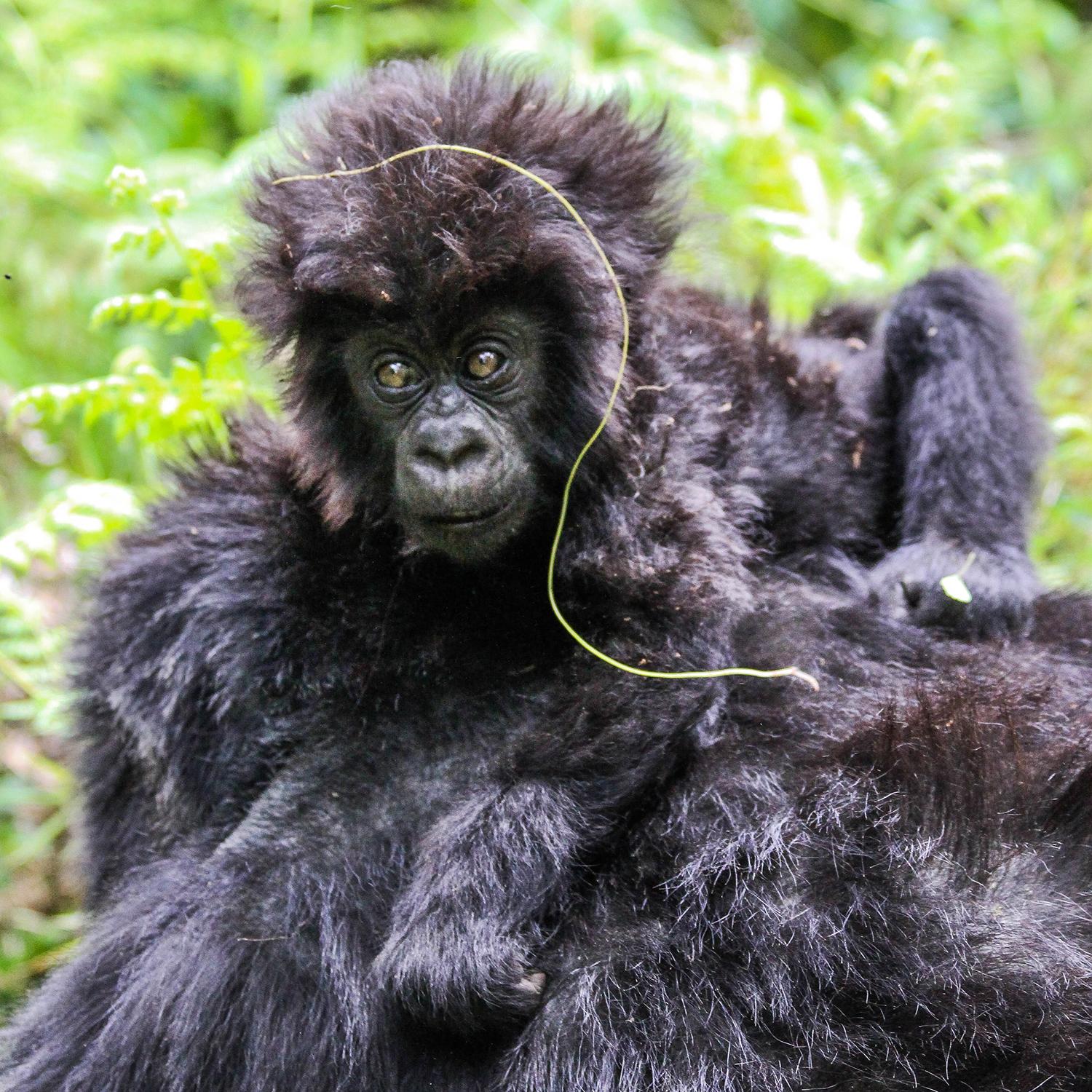 The Volcanoes Safaris Bwindi Lodge in Uganda was recently renovated to include eight luxury suites (bandas) and the brand new Forest Spa Humula mw’ Ishamba. Despite the additions, the main highlight for guests remains the wild encounters that take place at this eco-luxury resort. The lodge overlooks the Bwindi Impenetrable Forest, where mountain gorillas roam freely. It’s not uncommon to see these giants relaxing nearby the resort, but the lodge also offers exclusive gorilla tracking expeditions that take no more than eight guests per day into the jungle to get a closer look at the lifestyle and livelihood of the Ugandan gorillas. 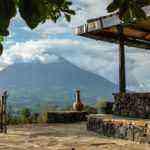 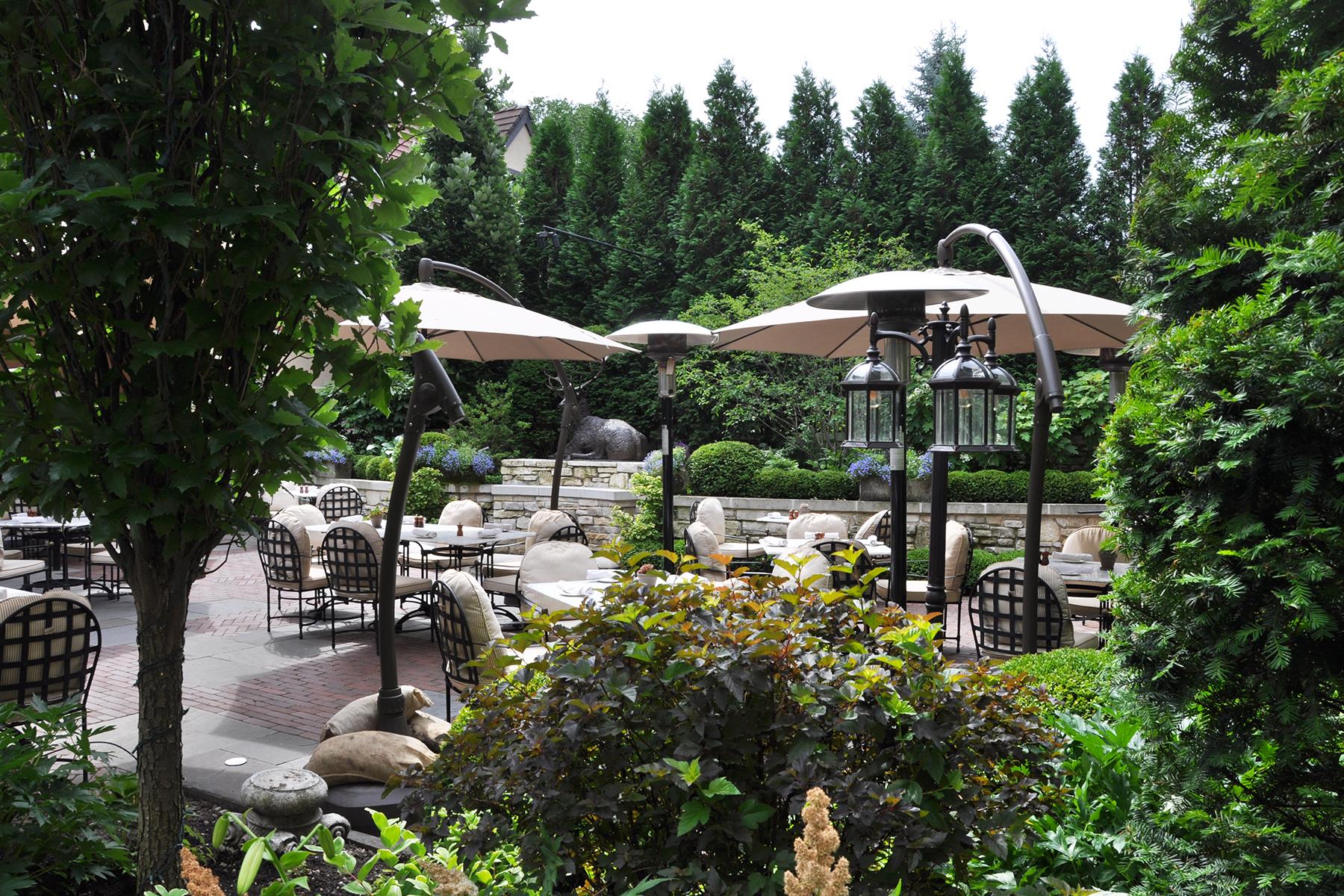 To the avid gardener, the principles of English gardening are the I Ching of landscape gardening. The ideal English garden is a confluence of structured informality, where the design and selection of the natural and artificial elements work together to create a semblance of wild perfection (TRANSLATION: it’s not easy). The landscape team at The Deer Path Inn have perfected the art of the English garden, having even participated in the acclaimed Chelsea Garden Show in London. The landscapers give tours of the gardens, but will also provide private gardening sessions for anyone interested in learning more about English gardening techniques of picking, pruning, and planting. Pair the experience with the Inn’s Botanic Garden package that includes a guided tour of the Chicago Botanic Gardens with an English picnic lunch for the ultimate garden experience. Book a dinner in the Garden Courtyard to feast on specialty cocktails garnished with English florals that come paired with a special plant-based tasting menu.